A discovery set to revolutionise the world!

Energy supplied from 100% renewable energy may still be a reality thanks to a recent invention.

A number of ground-breaking inventions, including the light bulb, the computer and the automobile, have been conceived in people's garages, and the invention of a new form of energy storage with the potential to solve the world's energy problems in the most environmentally-friendly way is also a 'product of the garage'.

The production of clean, CO2-neutral, hydrogen-based energy has long been beset by problems including high costs and non-environmentally friendly or inefficient production methods, which not only require hydrogen storage measures, but also transportation and stringent safety precautions.

After many years of research, we have now succeeded in developing an innovative method of producing large quantities of hydrogen at low cost and CO2-neutral on the basis of electrochemistry. This development presents a viable, clean and non-radiative alternative to nuclear energy.

A further two prototypes currently exist, which in terms of their construction indicate a high degree of suitability for series production. These reactors are suitable for low-consumption users, such as single-family households.

They are capable of producing  gas volumes of between 1 and 50 litres per minute, and offer scalability by a factor of 20 with minimal effort. Scaling by a factor of 1000, with corresponding dimensions, is also possible. 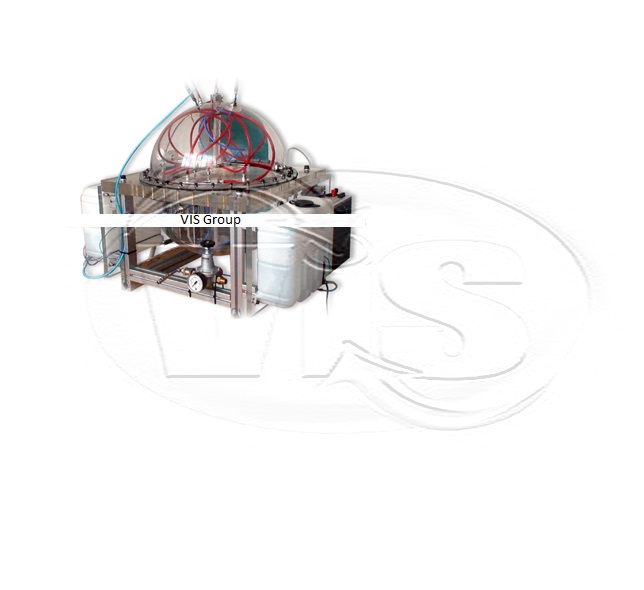 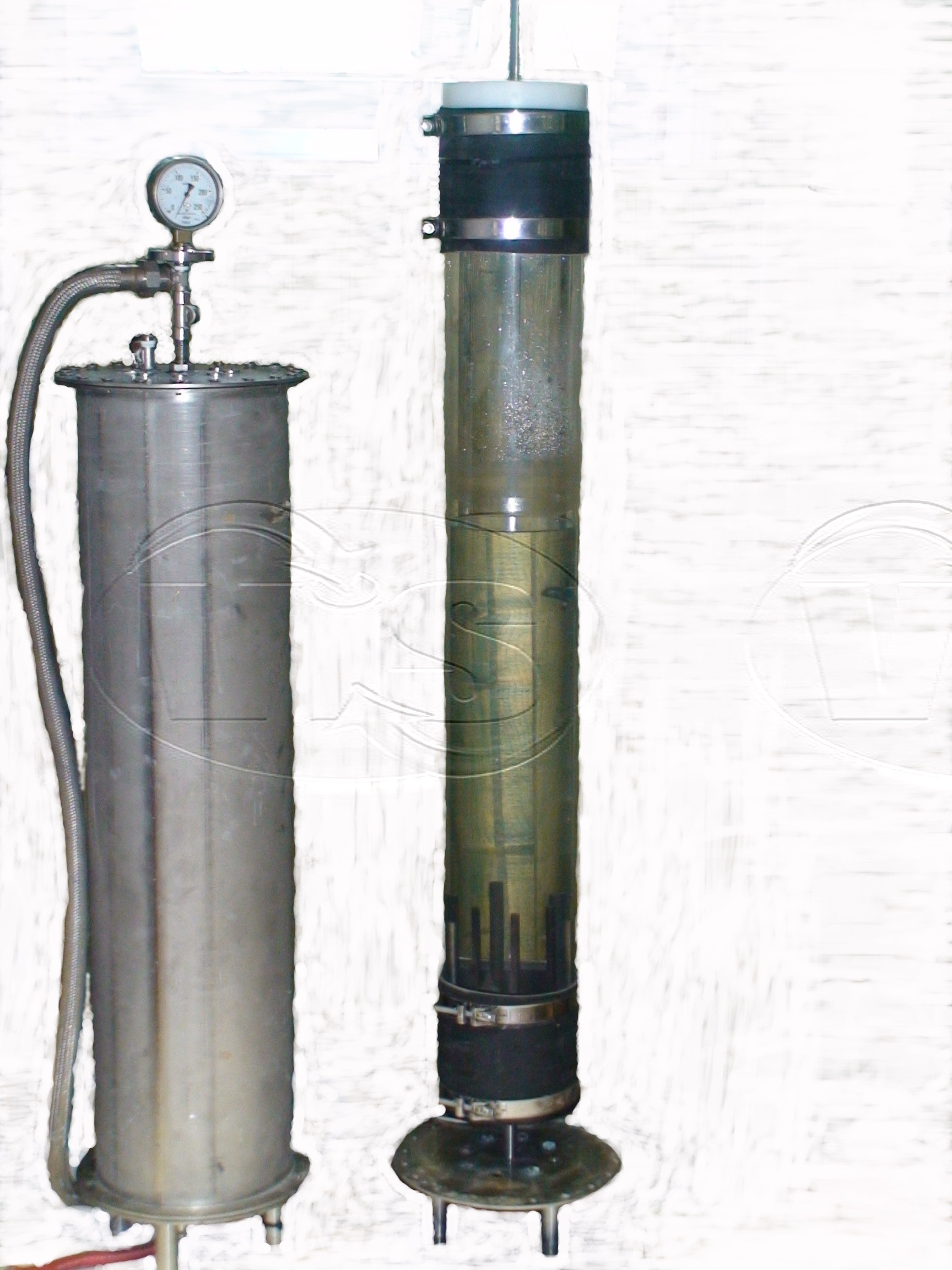 Advantages of the invention:

Lower provision prices and production costs mean that conventional sources of energy can be replaced. Storage density is twenty times higher than that of lithium-ion batteries, and the storage duration is almost unlimited, with no storage loss.

A self-sustaining supply of energy based on renewable energy is almost entirely achievable, with no consequential negative impact on reliability or availability.

With independence of energy prices and reduced risk potential, planning and cost security are improved thanks to the abundance of all of the materials used in production. This technology also facilitates easy, cost-efficient implementation of decentralised energy production with low investment.

The process results in no release of CO2 and is entirely environmentally-friendly.

The consumption of natural resources is reduced (existing hydrogen plants typically suffer from their reliance on fossil fuels, which depending on the processes used, can result in higher CO2 emissions than if these sources are used directly).

The environmental harm caused by CO2 can be reduced through the addition of hydrogen to energy sources (methane or natural gas). With the large number of coal-fired power plants in China alone, industry is looking at a project worth billions.

The reforming of hydrogen into methane gas allows CO2 to be bonded and thus existing engine technology can continue to be used. Efficiency will continue to improve as new engine concepts are developed.

Billion-euro investments in high-voltage networks are no longer needed as energy losses occurring between the power plant and the customer (which can be as high as 80%) are ruled out in their entirety.

A brief description of the H-reactor process and comparison with conventional methods:

Hydrogen and oxygen can be separated in a number of ways, although the most well-known method is through electrolysis. Chemical release processes can also be used. However, at 2,500°C, water breaks down spontaneously, although this would not be feasible as core meltdown begins to occur at 2,850°C. The amount of energy required is also high.

One way around this is the use of redox materials, which currently allow hydrogen to be released at 800°C. When compared to 2,500°C, this is clearly a step in the right direction, although 800°C is still a fairly high temperature. The H-reactor process developed by our partners allows oxidation to occur at only 60°C, making the entire process much more straightforward and enhancing its attractiveness from an environmental perspective. Functional prototypes for this process already exist.It is therefore possible to prove that the process works.

It would now makes sense to re-use the redox material repeatedly by employing a recycling process. The current state of the art allows this to be accomplished easily at high temperatures, namely at 1,400°C. Trials are currently underway to determine whether or not this can be accomplished at 1,200°C through the addition of 'dopants'.

Indications are that renewed use of the H-reactor could allow the recycling process to be accomplished at temperatures below 60°C. This process is still in the realisation phase, and we expect an initial prototype for a redox recycling plant to be available in 2016.

So, hydrogen can be released at just 60°C in the H-reactor through the addition of redox materials.

The heat required can be produced entirely using renewable energy, enabling wholly environmentally-friendly and CO2-netural production of hydrogen. The attractiveness of this innovative technology is also enhanced by the fact that plants can be produced far more cost-efficiently than electrolytic cells,

since there is no need for rare earths or expensive materials.

Brief summary comparison of chemical production of hydrogen and the H-reactor method.

Conventional: H2O to H2 and breakdown of O2 through addition of redox material at approx. 800°C

(Prototype available, evidence can be produced).

Both methods result in a reaction between the oxygen and the redox material.

Recycling for the recovery of redox material:

Through the use of dopants, it is hoped that the temperature at which O2 breaks down can be reduced.

Vision and the future!

One of the most significant problems we face today is how to store energy. The H-reactor developed by our partners could be an important step in resolving this issue. The secret lies in the use of redox material.

Energy produced by wind and solar farms could be used in the production of redox materials. A second step would see the redox material used to produce hydrogen, which can then be converted to other forms of energy, such as heat and electricity.

Production can be controlled, dispensing with the need for costly storage of the hydrogen – hydrogen is produced only when it is needed.

Shipping the redox material by sea or by road is also possible, with the stored energy preserved indefinitely through chemical bonding. All of this means that redox material is a viable future replacement for natural gas and crude oil.

Welcome to the future!

Schematic representation of future energy storage and the use of redox material for the recovery of hydrogen:

Brief summary of the H-reactor method

the oxygen present in the water. Hydrogen remains, which can then be used in

- An investment in a plant of this nature would pay for itself and become profitable within the first three years.

- There is both political and environmental interest in hydrogen as a source of energy.

- Nano silicon dioxide is a highly sought-after material in industry and construction.